Bitcoin (BTC) market sentiment has improved, although the extent of the run is unclear at this time.

Bitcoin has ascended over the past week, climbing over the critical 200 MA on the 4h chart in the process. After a period of accumulation, it broke past the $17k resistance level and seems to be forming a higher low in the chart, after testing the $17.3-17.4k resistance zone. The consolidation over the past few weeks resulted in healthy market structure being built, which is normally a precedent for a big move in the market.

Decentraland’s (MANA) strong market performance has been reflected across the altcoin market over the past week.

Decentraland experienced a significant rise in the new year. It ascended by 33% since December 31, 2022, reaching $0.43 from a local bottom of $0.29 per token. In doing so, it broke past the 200 MA on the 4h chart, before retesting it as support and temporarily settling just under the $0.40-0.41 resistance zone after a further run.

Ripple (XRP) has built strong market structure in recent weeks and has produced successive higher lows since the turn of the year. Should its bullish momentum continue, it will be targeting the $0.355, $0.36 and $0.37 levels, forming a giant double bottom pattern in the process. Investors and traders will be paying close attention to the price action of this veteran altcoin in the coming days and weeks.

The next few days and weeks ahead could be interesting for the Dogecoin (DOGE) in the cryptocurrency market.

DOGE has exhibited notable bullish behaviour in the recent period, rising from $0.0675 per coin in late December 2022 and reaching almost $0.0800 per coin on January 9, 2023. In doing so, it broke past the significant 200 MA on the daily chart and is currently retesting it as support. It will aim to break the $0.078-0.080 price resistance zone should it continue its ascendancy, before targeting the $0.090 and $0.100 levels. Bitcoin has continued its consolidation pattern over the past week, operating in the $18-20k range. It has so far held…

Bitcoin has consolidated in price above the critical $19-19.5k support zone over the past week, despite having previously broken below…

Since the end of July 2022, Bitcoin has formed a distribution pattern on the daily time frame, hovering above the…

Over the past week, Bitcoin briefly fell below the $19k level but failed to hold it as resistance, as buyers,…

What are the common mistakes made by new investors in the world of Virtual Assets and how to avoid them?
0
11 Jul 2021 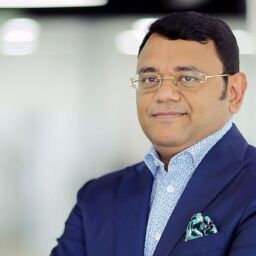 Bitcoin has continued its downward trend over the past two weeks, falling below the bottom trendline of what appears to…

Bitcoin has continued to form healthy market structure over the past week, printing a higher local top and a higher…